Casa Verde, formerly known as Green Beenz, is a Defly.io Team. The team was founded by Calvin Sub, who is also the team's captain, with Shadow acting as his vice captain. 2020 Casa Verde won season 5 of the elite games, making them the current reigning champions. The past three seasons, they were third place.

During the 2018 Winter Game a dark green team called Team Victory was founded. Many Team Victory members would later form the green team Green Beenz for the second tournament season in 2019.

In mid-October of 2019, the team decided to change the name for the fourth season. A poll was opened up with two options: "Viridescence" and "Casa Verde", the latter ending up two votes ahead with 6-4. on the 16th of October the name change was officially announced.

Season 5, Casa Verde secured the elite games win, being the first team besides Legends to win the games making them the reigning champions.

The original Green Beenz logo was a green Final Drone skin with the words "gren" and "benz" around it. This logo was made by the team captain, Calvin Sub.

The old Casa Verde logo was a photo of a house which had been edited to be more green.

It's current logo, named the "Rotor House", is designed by Apodemus, who was a shooter-hybrid on the team. 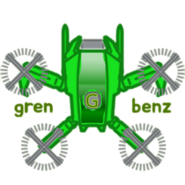 Casa Verde getting the entire map in the server of the first Season 4 tournament game
Community content is available under CC-BY-SA unless otherwise noted.
Advertisement