Defuse is the third game mode that was added on May 25, 2018. There are two teams with a maximum of eight players each, red and blue. In this game mode, the teams have different objectives, which are shown below.

The red team is supposed to plant the bomb. Once you plant the bomb, there will be text on the top of the screen saying bomb planted in red (as in the picture).

Before starting a round, players can choose between six different helicopters, and each one has different abilities and prices. You can also select some power ups, or superpowers as well.

This game mode is greatly different to the others, as it is made to be much shorter. There are often memes on the main defly.io discord about this gamemode because many use it to date.

As was mentioned before, there are rounds in this gamemode. You will switch your team every five rounds.
In order to pay for the helicopter you choose, you can gain points for things that happen in a round:

Those who joined the server will also get a bonus $1000 as starting money.

After an update on 01-31-2019 you can get coins to use in PvP and teams. Killing a player will get you 5 coins and for every 20 towers destroyed you get 1 coin. You can view how many coins you have earned at death.

To win the game, you can either kill every player in the enemy team or plant/defuse the bomb. There are two bomb spots, A and B, and they're located on the left side of the map.
The goal of the red team is to plant the bomb in one of those two bomb spots and protect it for one minute, until it explodes. However, the goal of the blue team is to either defuse the bomb or protect the bomb spots until the end of the game. It can be planted/defused by staying still in a bomb spot for a few seconds.

After an update on April 29, 2019, seven new Defuse maps were added. Every few rounds, the maps would switch and players would vote on the new map by selecting one from a list of four. The map with the most votes would be played next.

Speed, escaping and dodging shots made by Sniper, builds without tower health/shield, can equip many upgrades at once so is one, if not the only viable builder as if 6K is achieved, many tower improvements can be gotten.

Other basic's, sprayer, more than one Drone.

Don't try to kill players with a shield. Aim for AFK or trapped players to gain points to upgrade to another copter or gain add-ons.

Basic's are easy kills when trying to plant/Defuse, and with a sniper the basic will probably try very hard to earn points before being killed.

Cheap Sniper (below) can be used to fire off a few bullets.

If the basic has a shield, you could miss, or just remove the shield as the basic runs, with the highest speed in the defuse game. Sprayers can wipe a basic with a shield away and then gain EVEN MORE points after defusing/planting the bomb.

Weaknesses: SOME basics, Sprayer, Sniper, and other Drones.

Being near a teammate sniper or reload, can help boost them, and you, as the sniper doesn't have high reload but the reload and drone do. While the sniper protects you and the reload, the reload can destroy towers, and you can break in to the base together, kill the other team, and plant/defuse/protect. Your good reload and slight bullet speed will also make you a good fighter, especially against cheap snipers that have a bigger hitbox and will hardly dodge your bullets.

Sniper is a killer for this copter, and can hide from the drone, and fire its fast and long range bullets to kill the drone.

The Cheap Sniper is quarter the price of a sniper (but with a shield, as much as the sniper)

As the Cheap Sniper :

The Cheap Sniper costs 1K. That allows the player to equip a decent amount of items. This copter possess decent speed and reload, and good bullet speed.

Against the Cheap Sniper

The Shotgun can be a good choice at close range by taking advantage of the better speed it has. At far range, sniper is the best option.

If you want more tips about these skins, check out the Defuse Roles Compilation page.

contribute if you can.

Help needed: Adding more types of copters, strategies for them etc, plus map strategy according to team composition etc.

Below you can see the 8 defuse maps that you can play in. Additionally, it shows the copter looks in defuse.

Cheap sniper, the third copter, a faster, cheaper, but not as powerful copter as the normal Sniper

Sprayer, the fifth copter, which acts as a machine gun, and spews out bullets fast

Sniper, the sixth and last copter, which shoots fast bullets with long range

The Basic, the starting copter, no special stuff 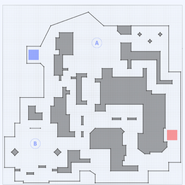